Back before the financial crisis of 2008, getting a mortgage in Canada was easy. Well, not ‘easy’ easy and definitely not as easy as it was in the U.S., but definitely simpler than it is today.

“Prior to the financial crisis in the U.S., mortgages went a bit crazy in terms of lenders’ willingness to lend, and governments’ willingness to insure those loans,” says Jason Heath, a certified financial planner and managing director of Objective Financial Partners Inc.

Prospective buyers didn’t have to jump through so many hoops to get approval for a mortgage and the kinds of mortgages they could apply for were, by today’s standards, a little wild.

For example, in Canada, home buyers could get financing for a $0 down payment. They could apply for 40-year amortization periods, and even cash-back mortgages (where they’d get money back from their lender after closing if they agreed to a higher rate).

And even though no financial institutions needed bailouts in Canada, the collapse of the housing market in the U.S. signaled law-makers north of the border that things needed to change.

The Department of Finance also introduced a minimum credit score of 620 (with limited exceptions), and documentation standards were raised. Borrowers were also asked to prove their level of income, and lenders had to provide evidence of a property’s value.

“Since the financial crisis, rules have become more strict,” says Heath, pointing to lower debt-service ratio limits, mortgage insurance requirements, and the introduction – and then tightening – of mortgage stress tests.

All these hoops home buyers need to jump through in order to qualify for a mortgage today were put in place to safeguard the housing market, reduce the potential for a housing bubble and keep Canadian banks resilient.

They are meant to ensure borrowers don’t borrow more than what they can afford, and that as interest rates rise, home owners can deal with the added financial burden.

“The current mortgage stress test was really put in place to make sure borrowers could afford a 2% increase in interest rates because (rates) were so artificially low for such a long period of time there,” says Heath.

In April 2009, Canada’s prime rate sat at a historic low of 2.25%.  The government continued to encourage continuously low rates until March of 2022, when inflation became a real concern for governments around the world, he adds.

“It’s funny because a year ago, you could take out a 1.5% five-year, fixed-rate mortgage, and I don’t think anyone envisioned rates ever being as high as they are today,” says Heath.

But that’s why mortgage stress tests are important.

How do mortgage stress tests work?

When prospective buyers apply for a mortgage (whether they’re refinancing, transferring it, or buying a new property) lenders take a look at their credit score, credit history and income, and use a mortgage calculator to determine what kind of mortgage that person qualifies for, if any at all.

But even if someone can afford their scheduled payments at 5.45%, that doesn’t mean they qualify for a mortgage. They need to pass the mortgage stress test.

Rules in Canada stipulate that anyone applying for a mortgage must prove they can afford their payments at 5.25%, or two percentage points higher than the offered contract rate – whichever is higher.

For many prospective buyers, qualifying at this higher rate might be a problem. Many people are disqualified.

It may seem unfair to be rejected for a mortgage based on an imaginary rate.

But Coleen Clark, professor emerita from Toronto Metropolitan University, says that even though it’s disheartening, it will help in the long run, because mortgage stress tests ensure that people don’t get themselves into a position where they can’t afford their mortgage during times of rising interest rates.

This year is the perfect example of that. Rates have risen rapidly and repeatedly – increasing mortgage payments for many homeowners with variable rate mortgages, and for homeowners who are up for refinancing.

“The stress test is your friend; it is not your enemy,” says Clark.

“We are starting to see what the point of the stress test was, because eventually interest rates needed to return to a more normalized level,” says Heath.

“The mortgage stress test looks a lot smarter now, in retrospect, sitting where we are now with interest rates. There was a lot of pushback when it was first introduced, and I think that unfortunately, it’s going to be a very tricky year for borrowers and homeowners because there are a lot of people who are not used to interest rates being this high.”

What if you don’t qualify for a mortgage with the stress test?

For anyone having trouble qualifying for a mortgage with the stress test, there’s a few things they can do.

The most obvious, if not the most recommendable, is to find a lender who can offer a cheaper rate.

That can make a huge difference in terms of mortgage payments, and what the bank (or lender) determines a person can afford.

Unregulated private lenders don’t fall under mortgage stress test rules, since these only apply to federally regulated lenders like banks. These lenders tend to charge super high interest rates, and tend to be riskier than conventional lenders, but they are a good alternative for people who don’t qualify for a mortgage with a bank or credit union.

However, Heath says these unregulated lenders, along with traditional lenders who offer ‘cheaper’ rates could cost prospective buyers big in the long run.

“If you look into the fine print, the terms of the cheaper mortgage might not be as favourable as the terms of a different mortgage (with a different lender). For example, what are the fees associated with transferring that mortgage to a new home? Or the penalties if you were going to pay off that mortgage? Some financial institutions have fees that might not be charged by other lenders, so I think that’s important to recognize that interest rates don’t tell the whole story,” he says.

“You need to look at all the conditions and terms of a mortgage, and sometimes a mortgage broker can help you to assess those if you’re asking the right questions as a potential borrower.”

With smaller loans, borrowers pay less interest and generally have smaller scheduled payments, so that may be a way to qualify. Of course, that limits the type of home they can purchase, but it’s a reality check: What can the borrower really afford?

Another option is changing the parameters of the mortgage, such as increasing the payment frequency or changing the amortization schedule, in order to reduce interest and therefore the scheduled payments.

The last thing prospective homeowners can do is wait for rates to fall. But that’s a gamble. Yes, interest rates could fall, but right now, they are just as likely to rise. Most financial experts don’t expect rates to fall to the levels they had been before March of this year, for a long, long time.

But, it’s also important to note that the current stress test minimum qualifying rate (5.25%) is lower than the current prime rate (5.95%).

“It seems like that minimum qualifying rate should be adjusted along with mortgage rates or the prime rate, but I think the reason that rate was selected was to be a sort of representation of a typical mortgage rate in a normal environment,” says Heath. That means that maybe once inflation settles, mortgage rates might also decrease to a more “normalized” level.

At the end of the day, borrowers need to ask themselves, is this the right time for me to buy a home?

Can you afford your home?

Even if someone is approved to buy a home, taking into account the stress test, it’s important to remember that banks and lending institutions don’t have the full picture of a client’s finances.

They determine whether they can afford the loan based on a very basic formula that doesn’t take spending into account.

There is a huge difference between people who drive an expensive car compared to those who walk to work, people who go on vacations and those who don’t, or for example, people without kids and those with multiple children in daycare, Heath says.

“There are tons of factors that can cause somebody to afford more or less than what the bank says. Just because the bank says you can qualify to borrow a certain amount of money, it doesn’t mean you should,” he adds.

“You need to do a bit of personal budgeting to make sure you can afford not only the mortgage payment, but also home ownership costs, like condo fees and property taxes. Sometimes an exercise like that will reduce how much someone should borrow regardless of what the banks’ formulas say.” 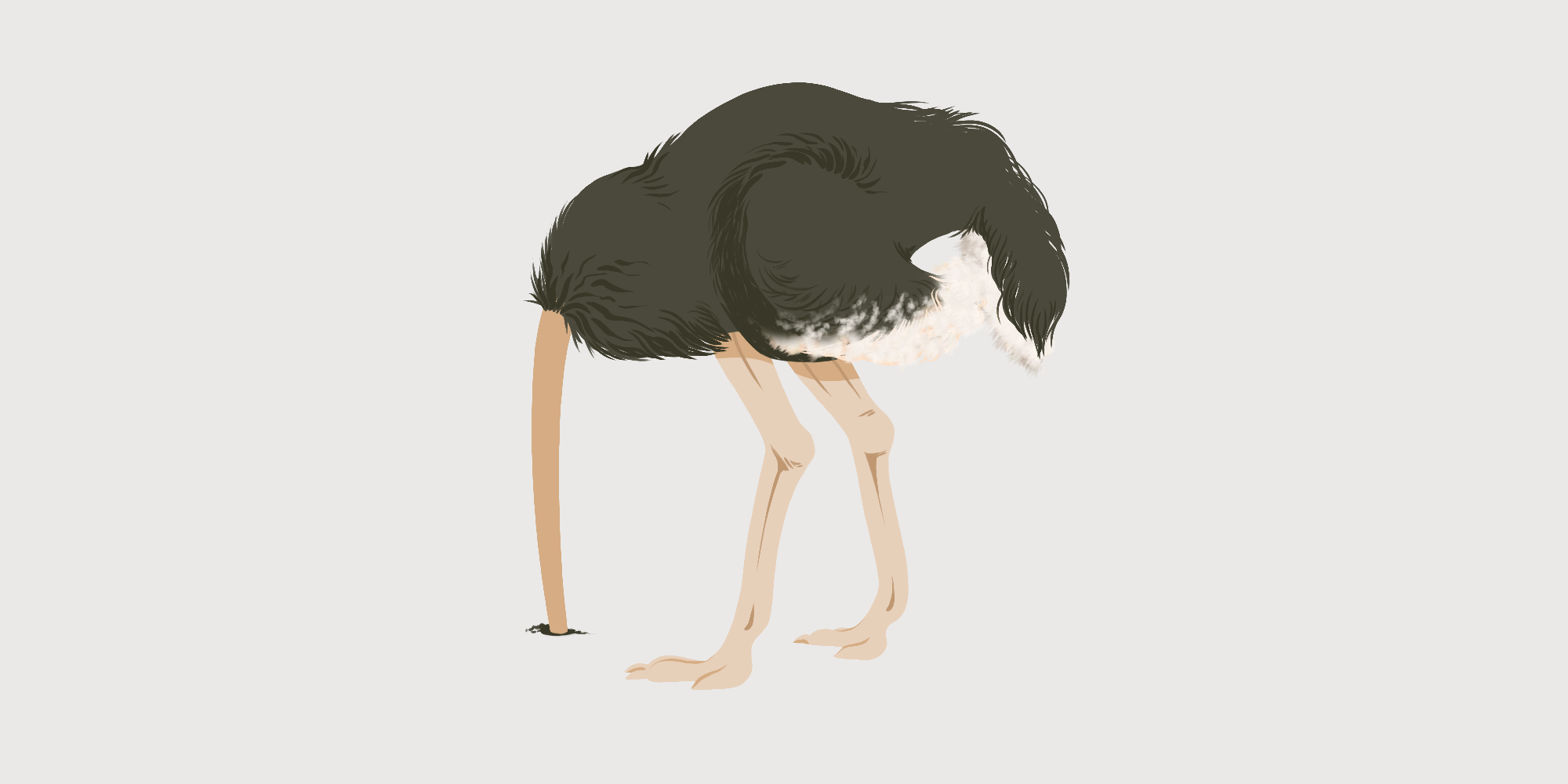 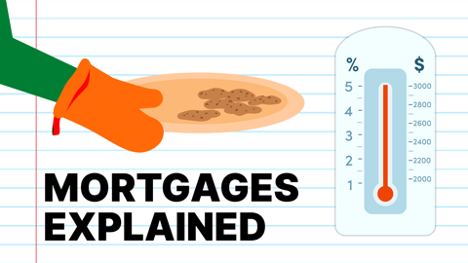