One drink, shared among a handful of colleagues who’d been in the trenches putting the $2.5 billion deal together.

While that may seem like an anti-climatic ending to a massive deal that finally brought Apple to the Canadian bond market, thrilling bankers and investors alike, it was actually fitting for an issue that was all about the details.

“The pricing was the number one thing … they wanted to get it right for them,” said Bradley Meiers, managing director and head of debt capital markets at HSBC Securities Canada.

“It was the market conditions as well – domestic issuance from Canadian companies has been down quite substantially this year, and what I was trying to get across to them is that this is a perfect opportunity for companies like Apple to step into that reduced issuance schedule.” 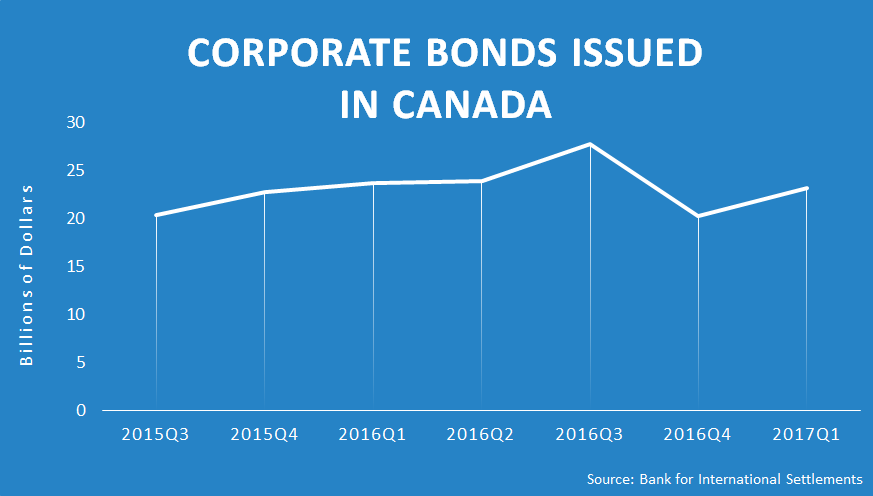 This wasn’t the first time Apple had considered issuing in Canada. The company had looked at the market before as a way to diversify its investor base, and several banks had tried pitching the tech giant on the transaction.

But up until now, the company just didn’t have confidence that the Canadian maple market would be able to handle such a large deal, said Meiers, adding that Apple had very specific parameters it wanted the deal to be structured within, especially when it came to pricing and investor pool.

“They’d raised a lot of money over the last few years in the U.S. and Europe and they were really looking to diversify to Canadian investors,” he said.

Apple was also looking to raise money for a buyback that would help fund a dividend payment, while avoiding a tax hit on money it had trapped overseas by unfavourable tax policies in the U.S.

Given all those factors, Meiers believed there was a place for Apple in the Canadian market, so he and his team at HSBC put a proposal together to “emphatically” explain why the timing, pricing and size were right to make a deal.

Meiers then flew to Cupertino, California, to pitch Apple on the transaction, and after an hour-long meeting, he got back on a plane and flew home.

Shortly after that, HSBC got the go-ahead to get the issue done.

“Fortunately, it was the right message that they were looking to hear, and they put a lot of trust in us and our firm and we were able to deliver a transaction I think they were really happy with,” he said.

HSBC’s other advantage was that the bank had an existing relationship with Apple through its U.S. operations, and so some of the dealers who covered the company in the States were able to get the information needed to figure out exactly what it was Apple was trying to do with this type of issue.

Once the deal was set in motion, the team, which was made up of HSBC as the top left lead and RBC Dominion Securities Inc., BMO Nesbitt Burns Inc. and Goldman Sachs Group Inc. as co-leads, got to work on the documentation.

Within three months of that initial flight to California, Canadian institutional investors were vying for a piece of the deal, which had targeted a minimum size of $1.5 billion for the senior secured seven-year bonds in its private placement.

“With the quality of the company and the diversification that this offered Canadian investors, I thought it was fairly evident that we were going to get some good follow on interest, but you never really know how it’s going to be received,” said Meiers.

Fortunately, we had good timing, the market was in great shape (and) we had 75 buyers – which is also the largest number of maple buyers in an issue that I’m aware of – so it was adopted widely by the market and the bonds were well oversubscribed.”

According to Evan Dudley, an assistant professor of finance at Queen’s Smith School of Business, the deal was so successful because it was one that made sense for everyone involved.

“I think (Apple) got a good deal because the interest rate was lower than what Apple thought they were going to have to pay, but I think for Canadian investors it’s a good deal as well,” Dudley said.

“If you’re a corporate bond investor here, your portfolio is going to be weighted toward banks and utilities, so if you have a Canadian-dollar denominated issuer that’s not one of those, it’s great (diversification) for your portfolio. There’s gains for everyone here.”