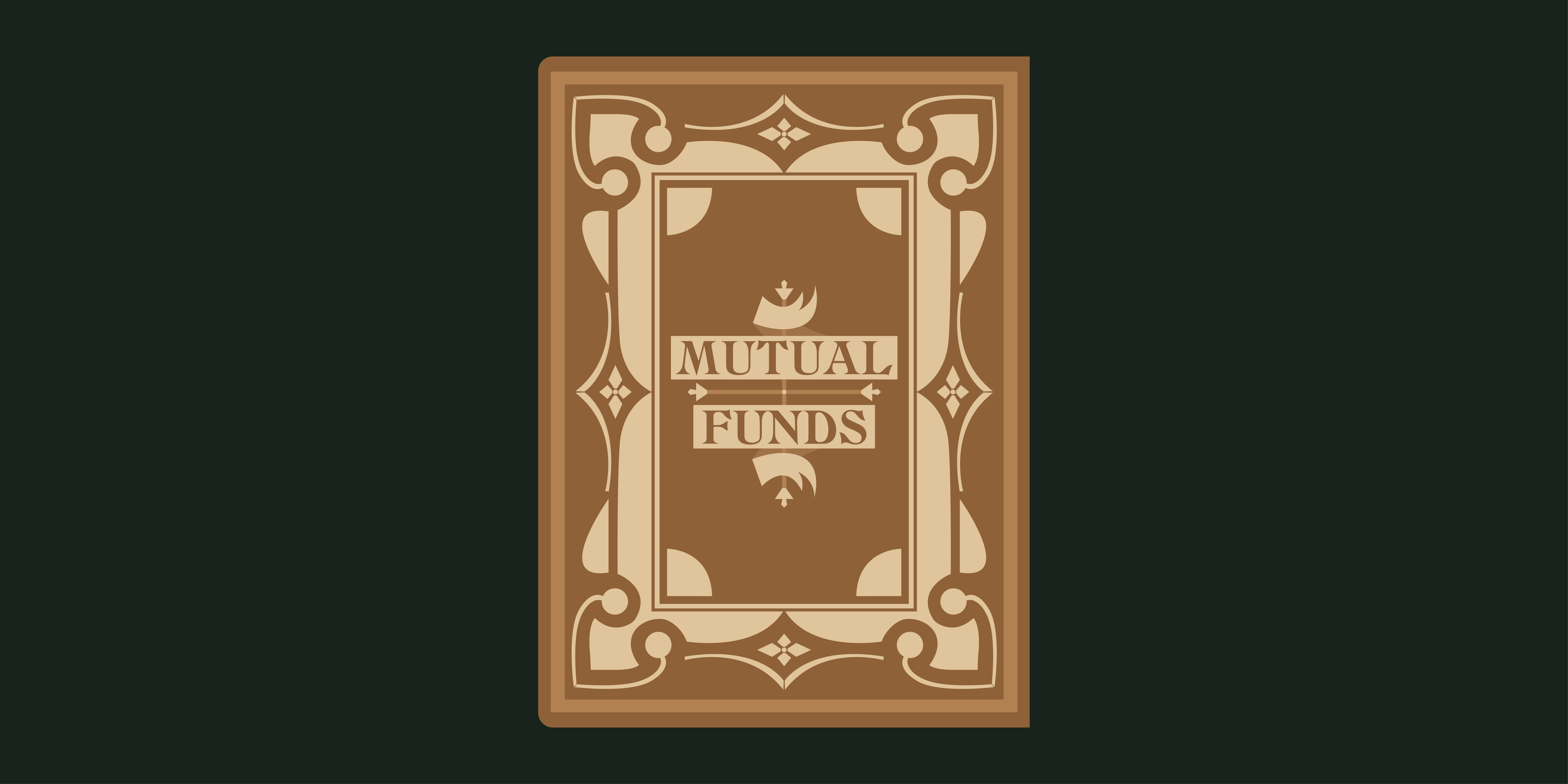 Editor’s Note: This article was written in 1998 by Thomas Box.

The recent lackluster performance of Trimark’s Canadian equity funds has spawned yet another flurry of articles questioning the wisdom of investing in so-called giant funds. “Big stock funds lag behind the bull” stated Andrew Bell, an investment reporter for the Globe and Mail in October. “Most of the 20 biggest funds have not held their own” proclaimed Levi Folk and Richard Webb (the authors of the Fund Counsel newsletter) in a November article. “Honeymoon appears over for Trimark” declared Shirley Won, the Globe’s Mutual Funds reporter.

Critics might argue that this analysis is too crude because compound returns obscure variations in annual returns. Unusually strong or weak returns in a couple of years can distort average returns. It might therefore be argued that a fund’s weak recent performance is masked by a stronger early record, achieved when the fund was smaller (and indeed that the growth in assets is attributable to strong early performance). Similarly, it might be argued that small funds with a ten-year track record are small precisely because their early performance did not attract additional assets and that their lackluster early record obscures more robust recent performance.

What about investment approach?

An investment approach that is based on generating returns through aggressive trading of thinly traded issues works better on small funds. Although each opportunity that is exploited is relatively small in terms of total dollars, each can have a meaningful impact on the portfolio’s returns. To be successful in a large fund would require either that the size of each opportunity be increased (which is unrealistic in thinly traded securities), or that the number of situations (successfully!) exploited be significantly increased (which severely tests the laws of probability, even for a skilled stock picker).

On the other hand, an investment approach like Trimark’s, that emphasizes the “buy-and-hold” of large-cap, broadly traded securities, is much less likely to be negatively affected by the size of the fund. Precisely because the securities are large-caps, increasing the dollar size of a position is unlikely to have any effect on their market behavior. In Trimark’s case for example, the Bank of Montreal constituted 5.7% of the portfolio of the Select Canadian Growth Fund (or about $293 million) at the end of 1997. But this represented only 1.5% of BMO’s market capitalization.

Similarly, the buy-and-hold strategy is largely unaffected by the size of the portfolio. The precise timing of investment decisions is much less critical, and (relatively) minor moves in the price of the securities have a negligible impact on overall returns.

If one examines the composition of the Trimark Select Canadian Growth Fund portfolio over time, it is apparent that the character of its investments hasn’t changed since its inception. The table below shows the fund’s ten largest positions as of December 31, 1993 (the end of the first full year of operation) and December 31, 1997:

In both cases, the securities constitute some of the best-known (and biggest) companies in the market. Indeed, there is a remarkable degree of overlap: Nova, BMO and Inco appear in both lists. Yet in 1993, the fund’s return was 37.3%, while in 1997, the fund’s return was only 3.4%. If large size means that the investment options of the fund are constrained, then clearly size is NOT the explanation for the difference in performance.

So what is the explanation for Trimark’s recent poor performance?

While there are a number of factors, three in particular stand out:

1. The impact of investment style on performance

Every investment approach does better in some market conditions than others. In Trimark’s case, their approach is most effective in the earlier stages of a bull market and least effective in its latter stages when valuations are most inflated and ‘bargains’ are difficult to find. It is not surprising therefore that Trimark’s recent performance has been relatively indifferent, given the generally frothy state of the Canadian markets in 1997.

2. A lack of emphasis on ‘hot’ sectors

The total return for the TSE 300 in 1997 was 14.9%, but performance across the various sub-indices was extremely uneven. The return of the financial services sub-index was 55%. While Trimark benefited from early exposure to the sector during its run-up in the latter part of 1996, exposure to the sector was substantially reduced during the first half of 1997. As events unfolded, the sector demonstrated surprising stamina with the advance continuing into 1998. Although hindsight makes it easy to characterize Trimark’s departure from the sector as premature, Trimark has historically been early on the timing of both buy and sell decisions, and the situation really demonstrates the discipline and consistency of Trimark’s investment approach.

On the other hand, the “resources” sectors figured prominently in Trimark’s Canadian equity portfolios, and the returns of the “resources” sectors were generally weak. The mines & minerals sub-index lost 27%; paper & forest products lost 11%; and oil & gas returned only 3.5%. Much of the weakness in these sectors is attributable to fall-out from the Asian meltdown during the latter half of 1997. While few of the companies that Trimark holds are likely to be adversely affected by events in Asia over the long-term, they have been severely tested by negative market psychology in the short-term.

For several years, the Trimark Select Canadian Fund has had a substantial cash position. The size of the cash position is the product of two factors:

(1) the continuing attractiveness of the fund, which has resulted in high levels of new investment; and

(2) the refusal of the fund’s managers to invest in securities which were judged to be over-valued.

Contrary to the views of many commentators, Trimark’s investment in gold is not the culprit. While an investment in gold certificates seems at first blush an odd investment for a fund that emphasizes the importance of buying businesses, critics need look no further than Mackenzie’s Universal Canadian Growth Fund. This fund is frequently compared to Trimark’s Canadian equity funds because its managers used to work at Trimark, and must therefore (according to the pundits) use a similar investment approach. Perhaps. However, at the end of December 1997, 15% of its portfolio was invested in fixed income securities! And while the benefit of hindsight makes it is easy to question the decision to hold gold, Trimark’s managers were in good company in adding precious metals to the portfolio: Gerry Coleman and Jerry Javasky had a substantial gold position in the Ivy Canadian Fund in 1996.

In fact, while Trimark’s adventure in gold was unconventional, its impact on portfolio performance is relatively innocuous. In the first place, it represented only 5% of the portfolio – hardly a huge “bet” by any measure. Secondly, and perhaps more importantly, there was in fact only a minimal loss on the investment. Gold certificates are pegged to U.S. dollars, and while the value of the certificates measured in U.S. dollars had declined, that decline in price was largely offset by the appreciation of the U.S dollar relative to the Canadian dollar.

In our view, attempts to explain performance in terms of fund size are dangerous, because they draw attention away from what is truly important in evaluating a fund’s long-term potential. Our view is that a fund’s investment approach and the discipline of the investment approach in particular, are the most reliable guides to a fund’s future performance. Our analysis suggests that Trimark’s recent difficulties are the product of a truly disciplined approach and that bodes very well for its long-term prospects.

A “Hot-Air” Approach to the Markets

The Two Essential Rules When Investing in Stocks

What is a Mutual Fund?