The proposition of a CFA designation vs. an MBA may seem like a no-brainer, especially given the cost-benefit analysis. However, the CFA is much more difficult to achieve with proven low CFA pass rates.

There are currently over 156,000 CFA Charterholders in the world. Approximately 189,000 candidates signed up to write the Level 1 exam in June 2017, a number that has doubled since 2006, however, we have also seen drastic changes in the CFA pass rates. In 1964, a mere 1,732 candidates signed up for the exam. The staggering growth stems from the financial industry’s acceptance of the CFA charter as the most respected and recognized investment designation in the world. 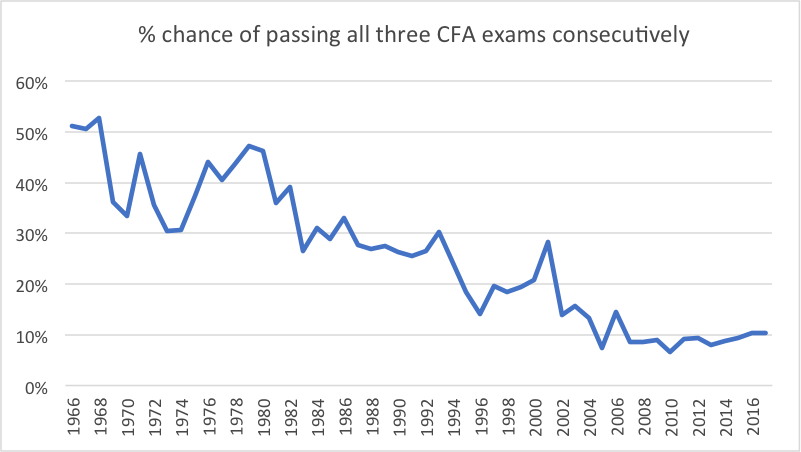 As an increasingly valuable commodity, the CFA program has become an alternative to pricey MBA programs. Spend the minimum of approximately $1,000 per Level, and with hard work you can potentially achieve an MBA-level specialization at a fraction of the cost. Most MBA students graduate from their program whereas the opposite is true for the CFA program: Most people who try it never finish it. 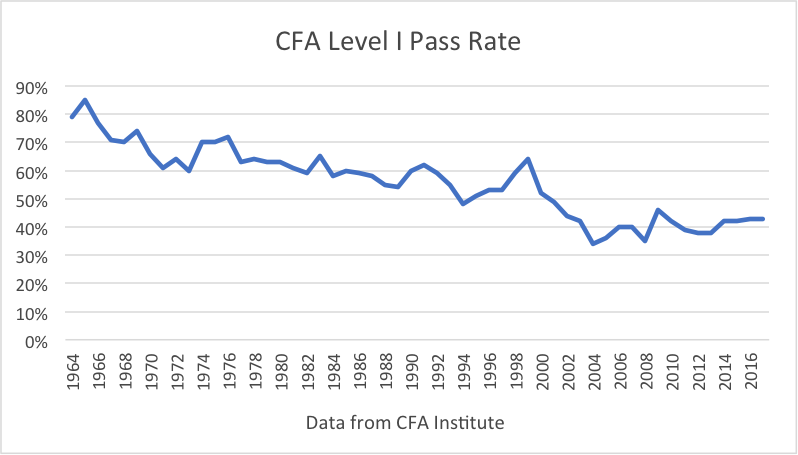 Over the years, the CFA pass rate for the Level 1 exam has fallen from 80% to somewhere between 35% and 45%. Both the scope and difficulty of the curriculum have increased significantly through this period. Although the falling pass rates can be largely explained by curriculum, a growing number of candidates write the exam without truly grasping the work necessary to be prepared for it. Presented with the opportunity of the world’s most respected investment designation, many people pay the money just to give it a try. This alone has probably had an impact in the falling pass rates as well. 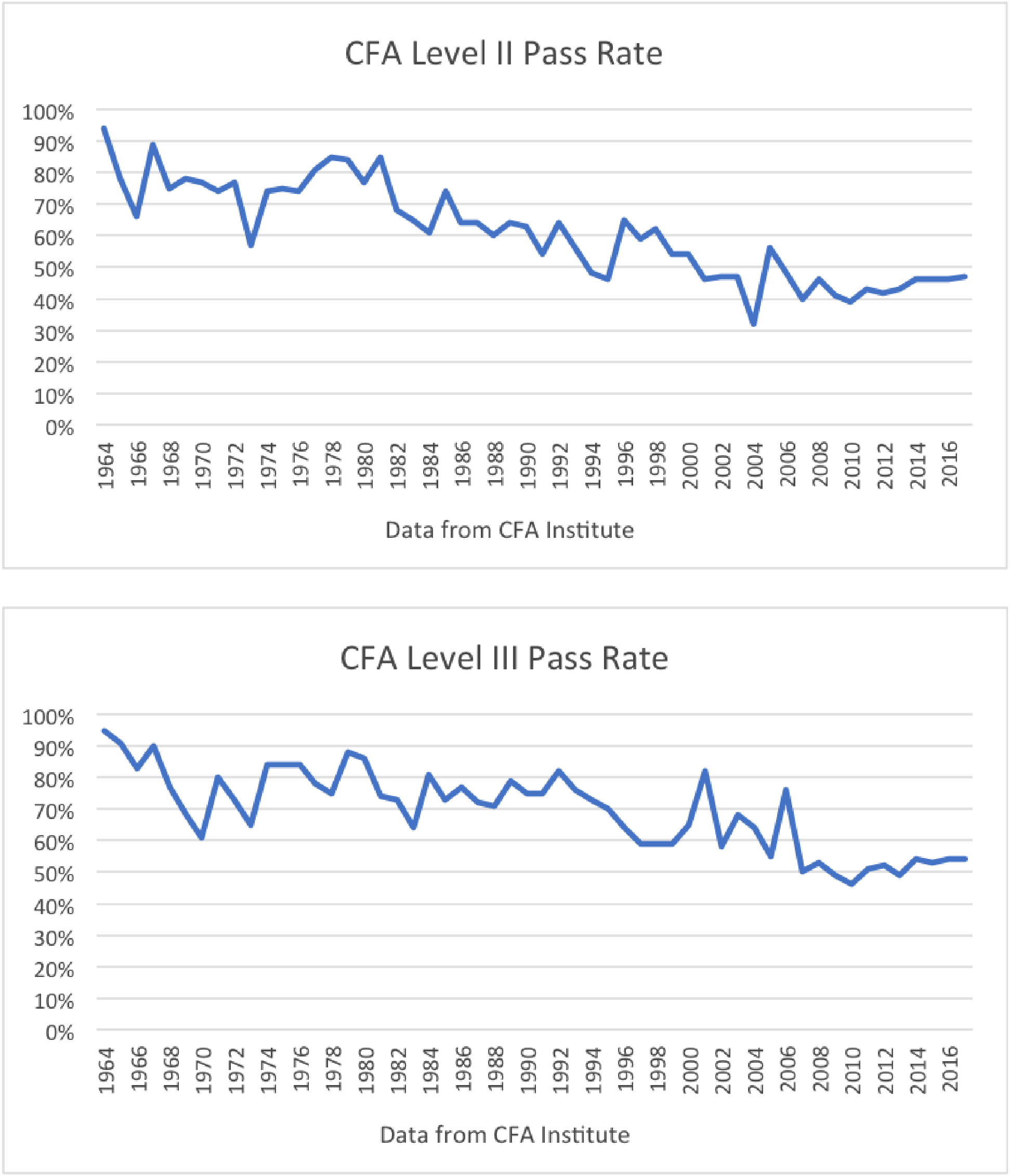 Level 2 and Level 3 have experienced a similar decline in pass rates through the years. Presently, Level 2 experiences pass rates between 40% and 50%. Level 3 experiences pass rates in the 50% range. Taken together, the probability of passing all three exams consecutively is very low. This helps explain the very low number of CFA charter holders globally. The chart above examines the probability of passing all 3 exams consecutively having started in one of the years described. From the early 2000s until now, a candidate only has an approximate 10% chance to pass all three exams in a row.

Another interesting fact to point out is that since 1963, 1.8 million people have attempted the CFA program of which only 114,636 have reached the designation. Evidenced by the data, the odds of getting through the CFA program are tilted against you from the start. Unless you are willing and able to set aside 3-4 years of leisure time to study, you should reconsider the allocation of your $1,000. If you decide to take on the program, I recommend giving every ounce of energy you have to it. As Uncle Pipeline says, “There is only one thing worse than studying for the CFA exam: Having to study for it again!”