Thomas Piketty, a French economics professor, has created a lot of controversy with his book, Capital in the Twenty First Century. Piketty’s central thesis is that the concentration of wealth is growing and this will continue, based on the high nominal return that the wealthy obtain on their fortunes. While certainly lengthy at 600-plus pages, I found Piketty’s book fascinating, more for its research into historical returns on capital than for its economic prescriptions.

Returns on Wealth are Higher than Economic Growth

To the extent that the return on wealth already accumulated is higher than nominal economic growth, which Piketty demonstrates has historically been the case, then the fortunes of the wealthy will mathematically grow as a percentage of total wealth. Expressed mathematically, Piketty postulates that if “r”, the average annual rate of return on capital, is higher than “g”, the growth of the economy, then wealth will become increasingly concentrated since wealth grows faster than the overall economy. Piketty’s controversial conclusion is that estate taxes are necessary to prevent wealth being increasingly concentrated among fewer and fewer wealthy families.

What is particularly interesting, from a portfolio manager’s point of view, is Piketty’s considerable research into historical rates of return. Piketty used extensive French and other government tax records to establish what people earned historically on invested capital.

Revolutionary France, besides chopping off the heads of its elites, created detailed documentation of existing wealth and income in its tax records. This gave Piketty almost 300 years of evidence of how people accumulated wealth, earned income and then passed it on to their heirs. Piketty also used historical tax records from other countries to establish historical rates of return for these economies.

Piketty’s research puts the nominal (before inflation) historical rate of return on capital at 5%. This is very high by contemporary standards. For example, in late 2015, the 10-year Treasury bond yield in the U.S. was comparatively low at 2%.

Marriage as a Merger

The historical context that Piketty develops is quite interesting. He determined the return from landowners renting out their fields to tenant farmers in France at five per cent.  Piketty also turns to the literature of Balzac and Jane Austen for illustration. The fixation of the 19th century English and French gentry on “marrying well” reflected the economics of their era. Many of the characters in Jane Austen’s Pride and Prejudice considered marriage to be a business transaction.

This was well founded and reflects the mechanics of compound interest. The five per cent income derived by a wealthy family from their lands and holdings meant that existing fortunes increased through compound interest giving them the capital to buy out their less fortunate neighbours and relations. Families wishing to maintain their wealth and social position used marriage as a way to enhance and concentrate their fortunes, much as companies do through mergers and acquisitions.

Piketty points out that investors in government bonds in the 18th and 19th centuries did pretty well with an average coupon of four to five per cent in a period of low inflation. The high income available from government bonds gave rise to what the French called the “Rentier Class”, people who were not employed and lived off their interest income.

Euthanasia of the Rentier Class

Piketty points out, as Financial Pipeline readers know, there is a significant downside to fixed income investments from increases in inflation. The French Rentiers benefitted from the low inflation that resulted from technological improvements and international trade, especially agricultural imports from the Americas. Inflation is very much the enemy of the fixed income investor and higher inflation during the 20th century wiped out many French fortunes. Piketty calls this the “Euthanasia of the Rentier Class” and believes this to be one of the reasons that wealth became much less concentrated in the latter part of the 20th century. He believes that the revolution, turmoil and social disruption that followed the First and Second World Wars dispersed wealth much more than historically has been the case.

This doesn’t mean that we can count on inflation to inordinately hit the wealthy. Piketty observes that the wealthy are much more able to cope with inflationary periods than normal citizens.  Normal people tend to have their savings in bank accounts and cash that are very exposed to the ravages of inflation. The wealthy tend to hold real assets that tend to maintain their value.

A very surprising conclusion that Piketty makes is that the wealthy tend to achieve a higher return on their investments than the rest of us. He uses the Forbes magazine annual rankings of wealthy people globally to observe the changes in their fortunes over time. His data show that the wealthiest people have a real growth rate (nominal growth rate minus inflation) of 6.8 per cent compared to a 2.1 per cent real growth rate for the average person. His “most striking” lesson from the Forbes data is that all large fortunes seem to grow quickly, whether or not the owners of these portfolios are involved in the underlying businesses or fortunes. This means inherited fortunes grow at similar growth rates to those of current entrepreneurs.

To me, this was perhaps the most striking and controversial conclusion of the good Professor Piketty. An entire generation of finance graduates and investment bureaucrats has been schooled to believe that “excess return” is not possible in the “efficient” financial markets. It doesn’t matter that markets have never performed efficiently and that some skilled portfolio managers obviously outperform.

The shared consensus truth is that portfolios should be indexed, as outperformance is impossible. This has given rise to a whole industry of passive management that is feverishly milking their passive cash cow for all it’s worth, the current ETF mania being a fine example.  Piketty’s observation that it is possible for skilled portfolio managers to outperform the markets flies in the face of this pervasive conventional wisdom that securities portfolios should be indexed. All the public sector pension funds investing passively and individuals buying passive Exchange Traded Funds are only going to speed the process of wealth concentration if Mr. Piketty is right.

To read another review of Capital in the Twenty-First Century by Thomas Piketty, click here! 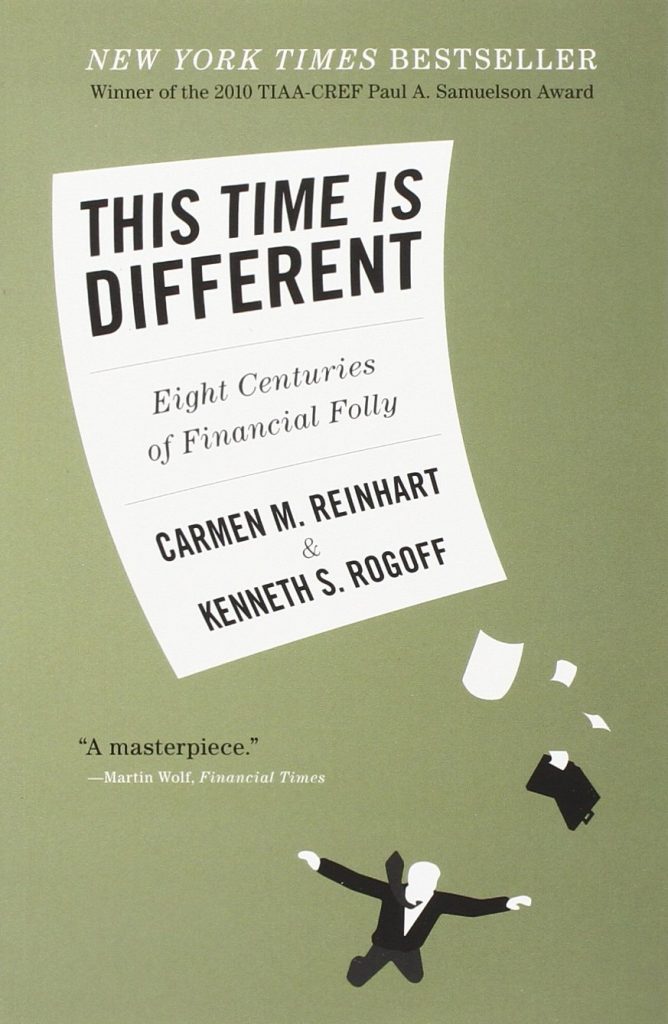 “This Time Is Different: Eight Centuries of Financial Folly” 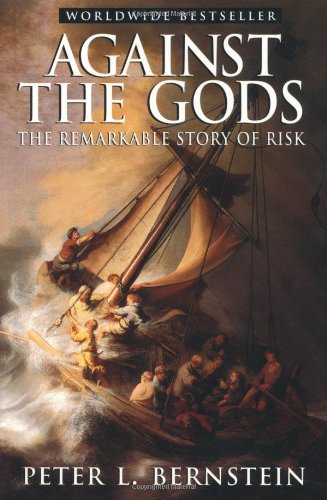 “Against the Gods: The Remarkable Story of Risk” 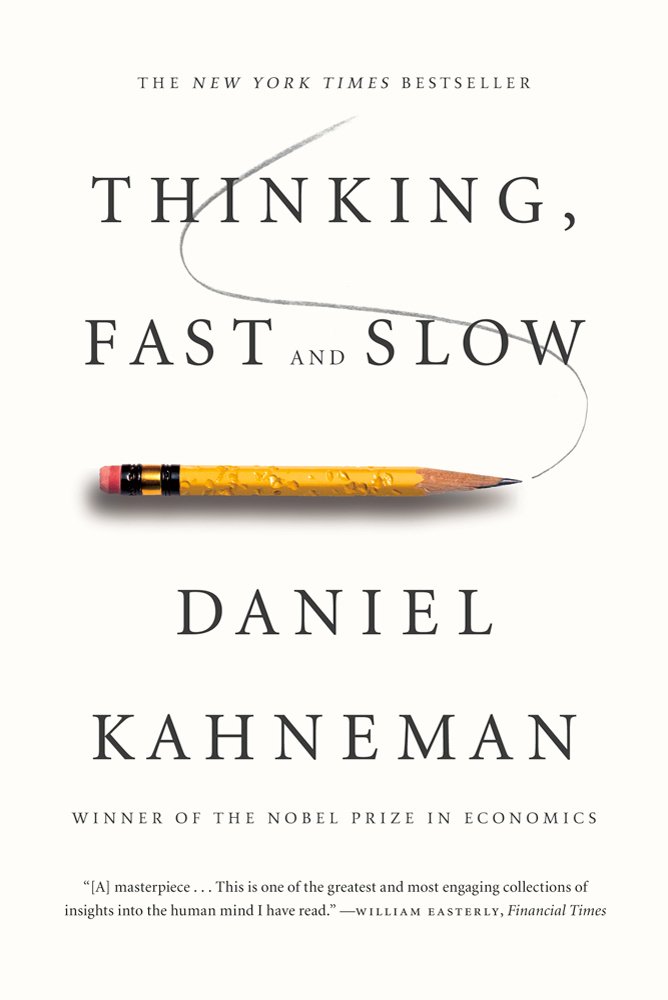 Review of Thinking, Fast and Slow 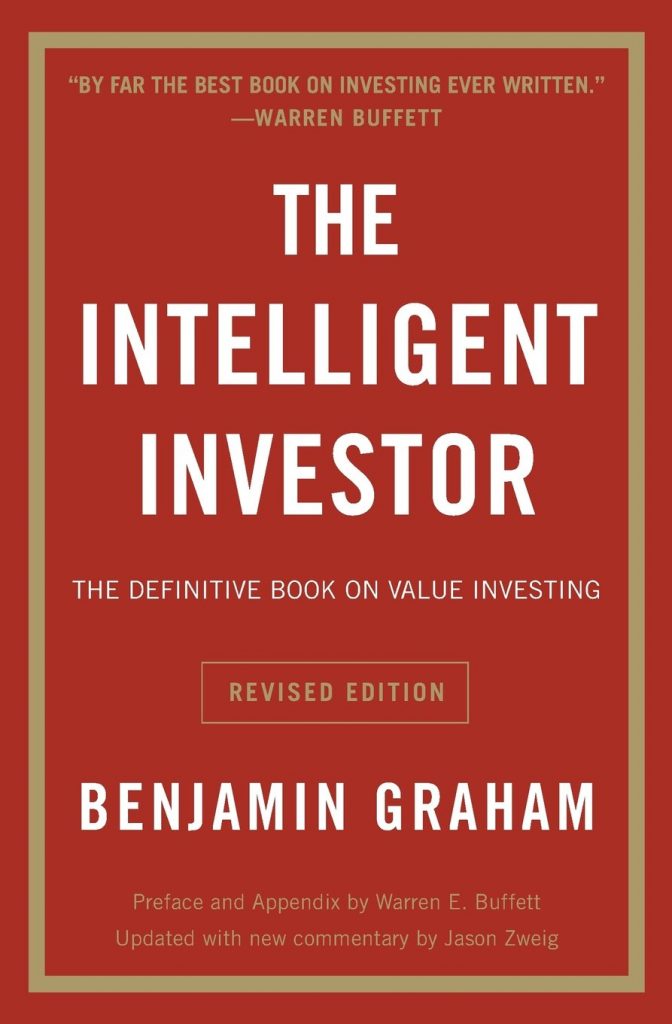